TRAVEL / The Philippines: the interior of Bohol 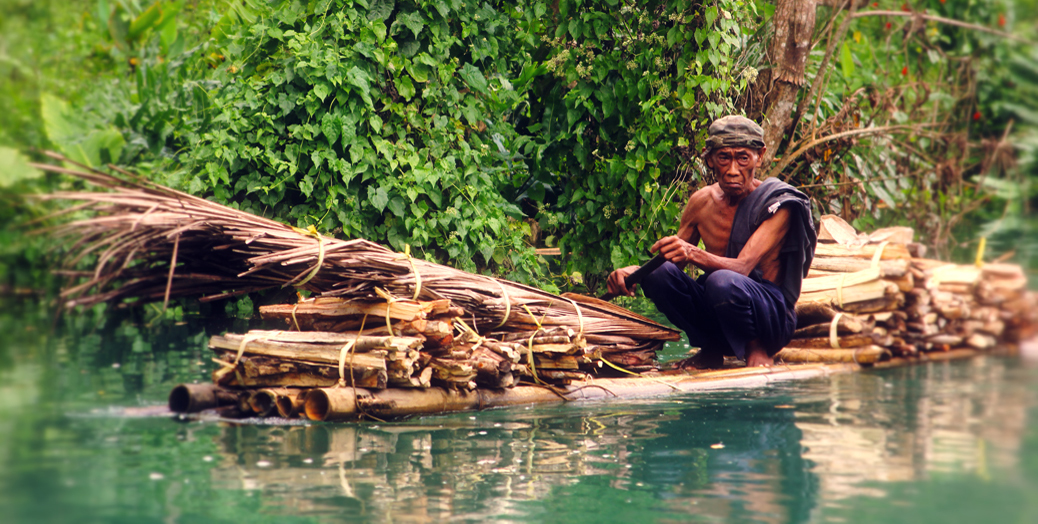 Yesterday I was lying on the white sand. A waving palm tree appears in the corner of my eye and in front of me nothing but blue water. Yes, Bohol has beautiful beaches. That day I do nothing more than getting up every now and then to stare at the waves in search of dolphins. Today we decide to go inland. Seen enough beach. Less than half an hour later I’m in a completely different world. Now I see a grazing Buffalo in a rice field in the corner of my eye, while I stare at a beautiful but ruined church. Because of long-term colonization (Spain and the United States), the majority of the population in the Philippines is catholic. Here you won’t find temples and monks, but Spanish colonial churches. And on this island they are virtually all affected by natural disasters.

I feel a little bit sad. Besides poverty, a range of natural disasters symbolizes the Philippines. But don’t be afraid to travel to this country, there’s more to it than that. I realize that it is a pity that many people are afraid of the unknown. “South Africa, life-threatening, you’re crazy that you are going to live there”. “The Philippines, don’t be an idiot, why do you always need to go so far away, soon you’ll be kidnapped”. “Sumatra, that bizarre jungle, what the hell”. Discover. Experience. Grow. I like to go beyond the apparent horizon, beyond the non-existent border. I like to know what I don’t know.

And I find myself stepping on a rickety wooden boat from a local.

The Loboc river crosses Bohol and is framed by high rain forests. I enjoy the clean air and we glide through the emerald-green water. He points to the top of the jungle, and in the distance I see a small house. “There I built my home. People do not like to visit me, but I like it there”. That touches me. I would like to live in a no one’s world home as well.

We drive in the direction of Carmen. Strange hills loom in front of us. We climb a tower and all I see are identical round hills in the infinite horizon. There are almost 1500 (… I have not counted them). The legend says that the hills are the tears of a giant, whose heart broke after the death of a loved one. His tears formed this perfect hills. More realistic, the special landscape was formed by limestone and coral reefs in the time that Bohol was below sea level. But fantasizing about giants (and unicorns and princesses) is always fun. “THIS IS REALLY THE SWEETEST ANIMAL I’VE EVER SEEN!” For the first time in my life I meet with a tarsier. It’s a mix between an alien and Joda, with eyes that are almost as large as his entire head. And very mini. Smaller than you think: it is one of the smallest primates in the world, and the oldest. This sweetie pie is almost extinct (and has these urge to commit suicide as well). It is the strangest tiny animals I have ever seen.

We drive through the varied landscape and we taste the Philippine rural life. The rice terraces are surrounded by rainforest, green hills and colorful Filipino houses. We pass through villages with recognizable names like Sevilla and Valencia, inhabited by friendly people. We cross the river, staggering on what appears to be the most dangerous bamboo bridge of the world. We visit butterfly gardens, waterfalls, caves and churches. Bohol exsists of two worlds. If you have the chance, rent a motorbike and explore the island on your own way. Let yourself be surprised, go left where rule of law. Paradise of white beaches and fifty shades of blue water, until the green interior with rivers, rainforests and rice terraces. These two worlds have one thing in common: the explosion of natural palm trees. This remains fascinating. Why don’t we have them in the Netherlands? That would make our whole thing a lot more exotic at home.

Bohol is affected by a severe earthquake in november 2013 and bridges, roads, houses and churches have been destroyed. During this tour through the interior of Bohol, this is still clearly visible. A man told us that at that time he drove in his car drove and it felt like the road turned into a huge wave. The island of Bohol is not large, a week is perfectly fine. We got stuck at the island during a typhoon and could not (hence the grey weather on the pictures…) so we’ve had all the time in the world, although I still like to visit Siquijor, which we have missed because of this. 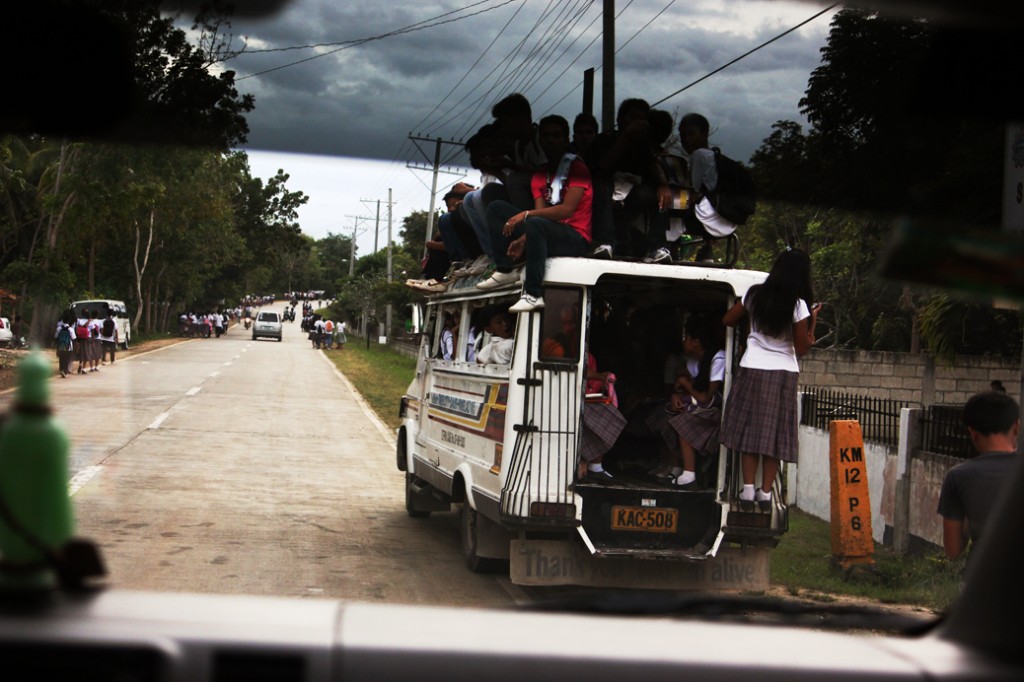 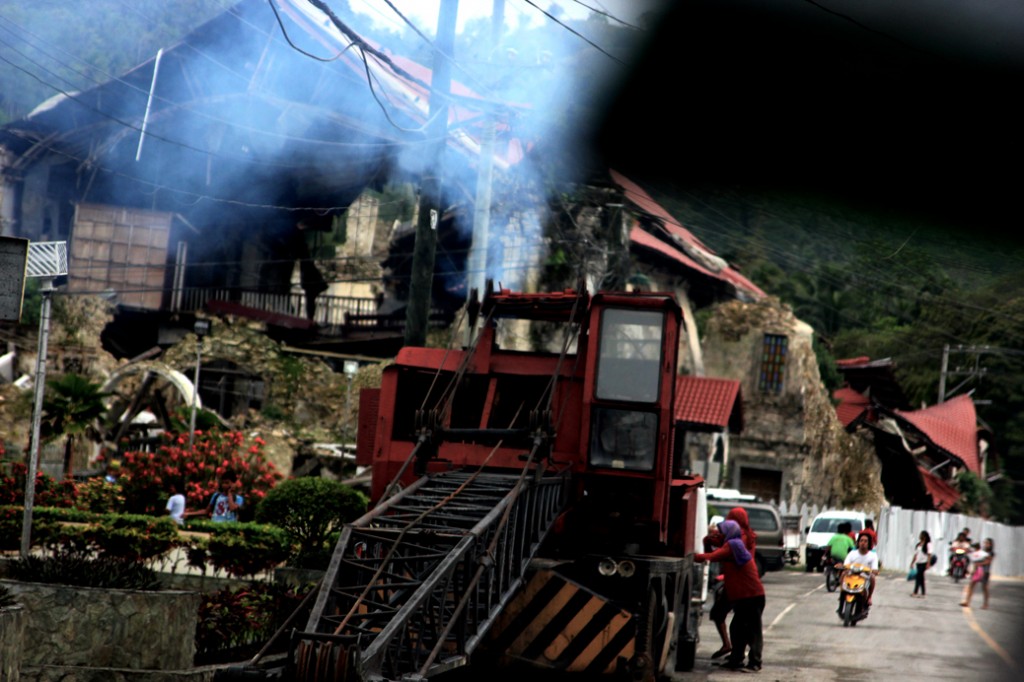 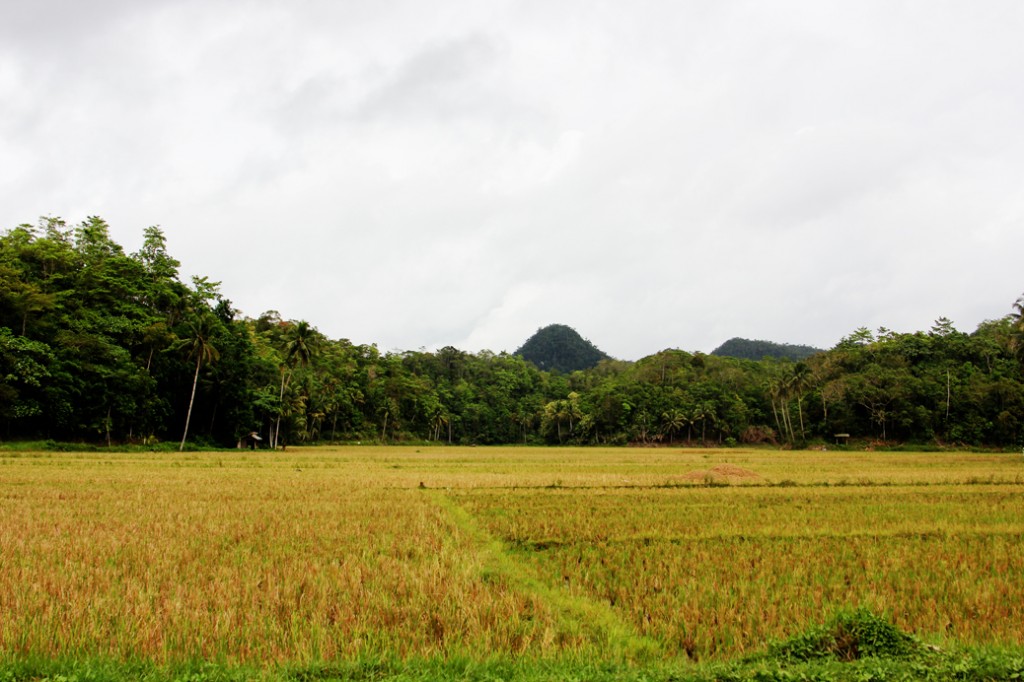 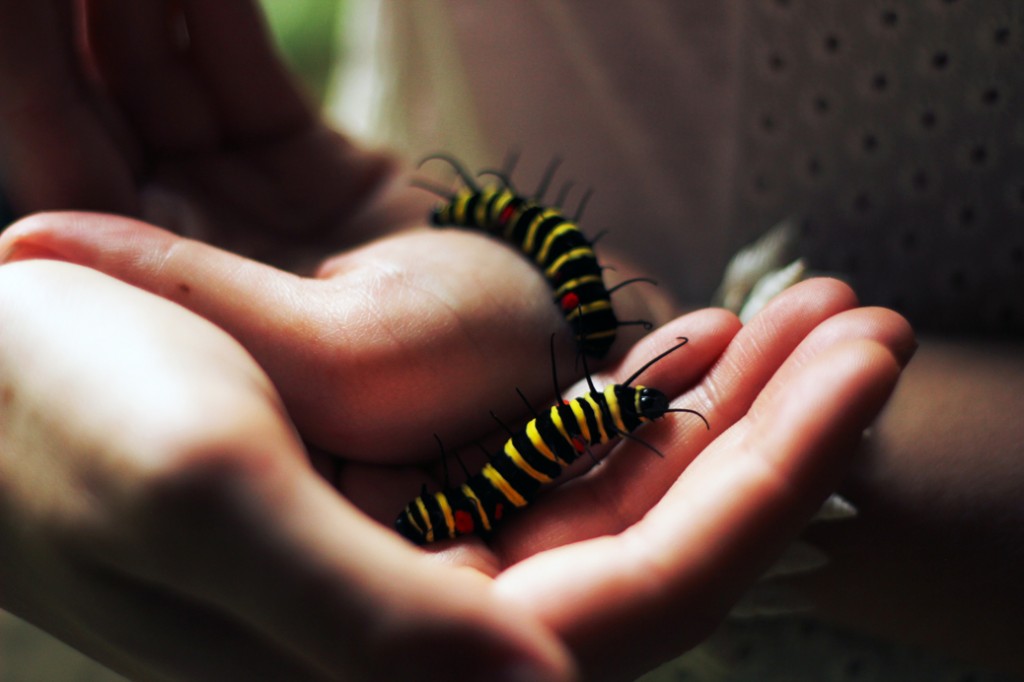 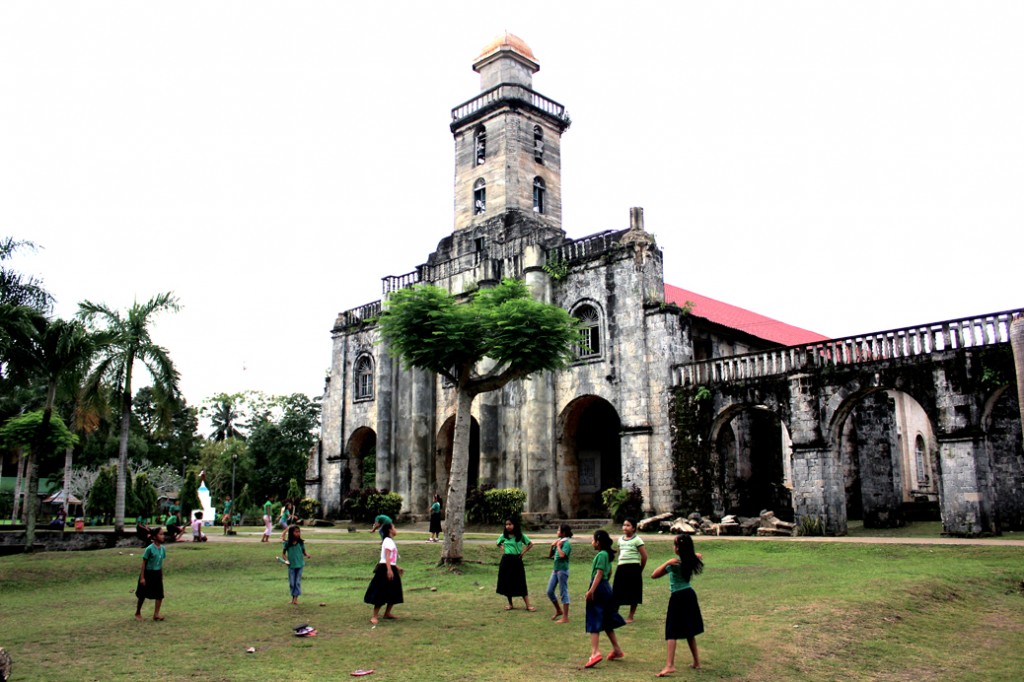 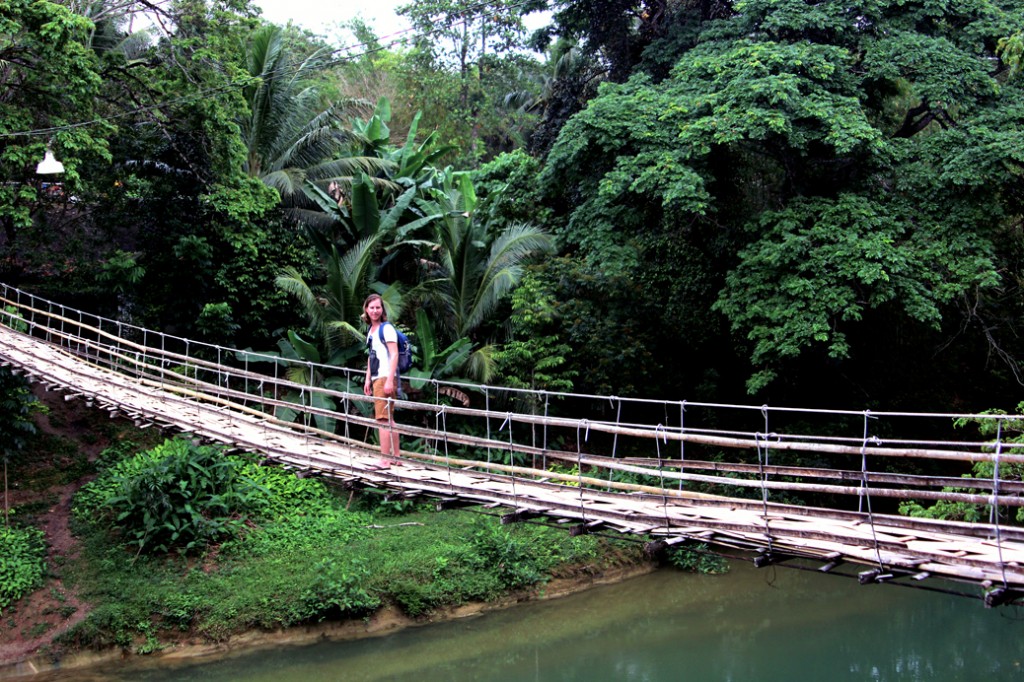 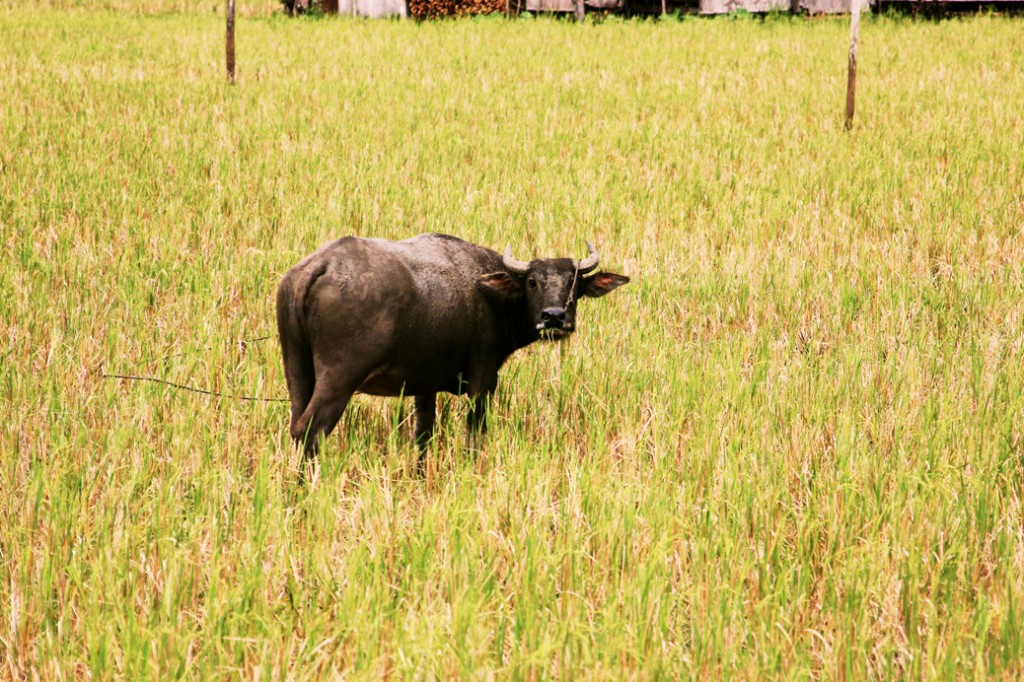 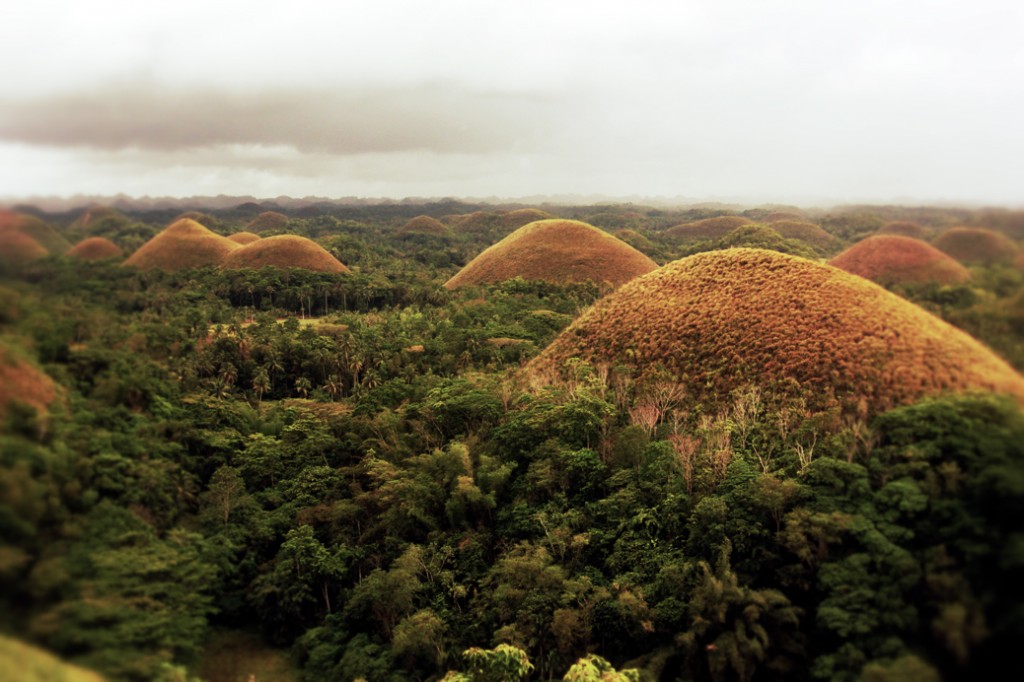 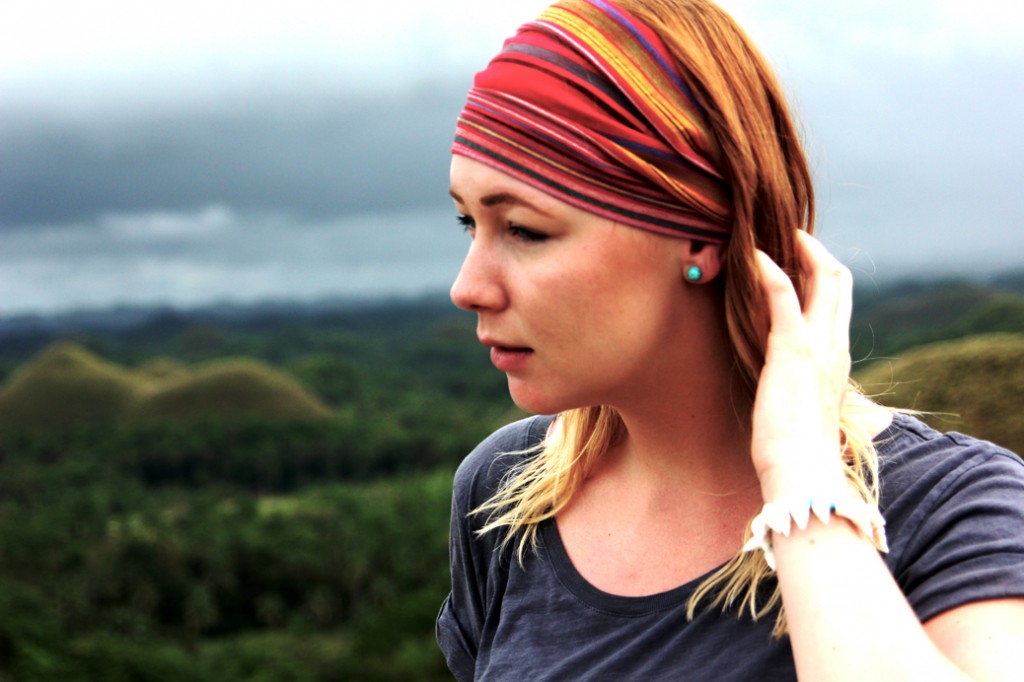 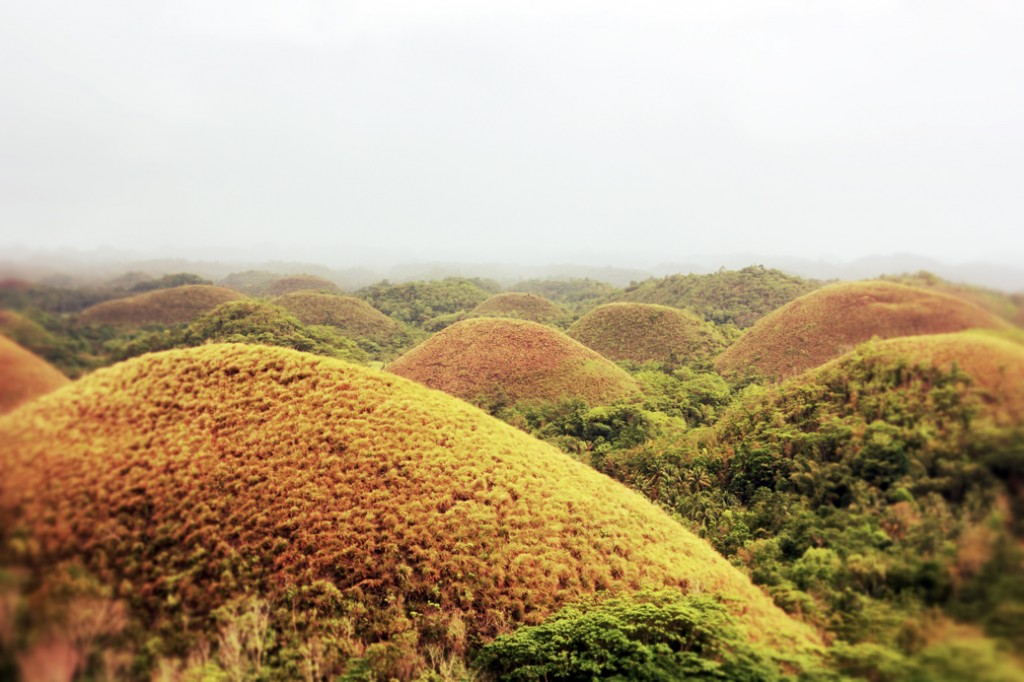 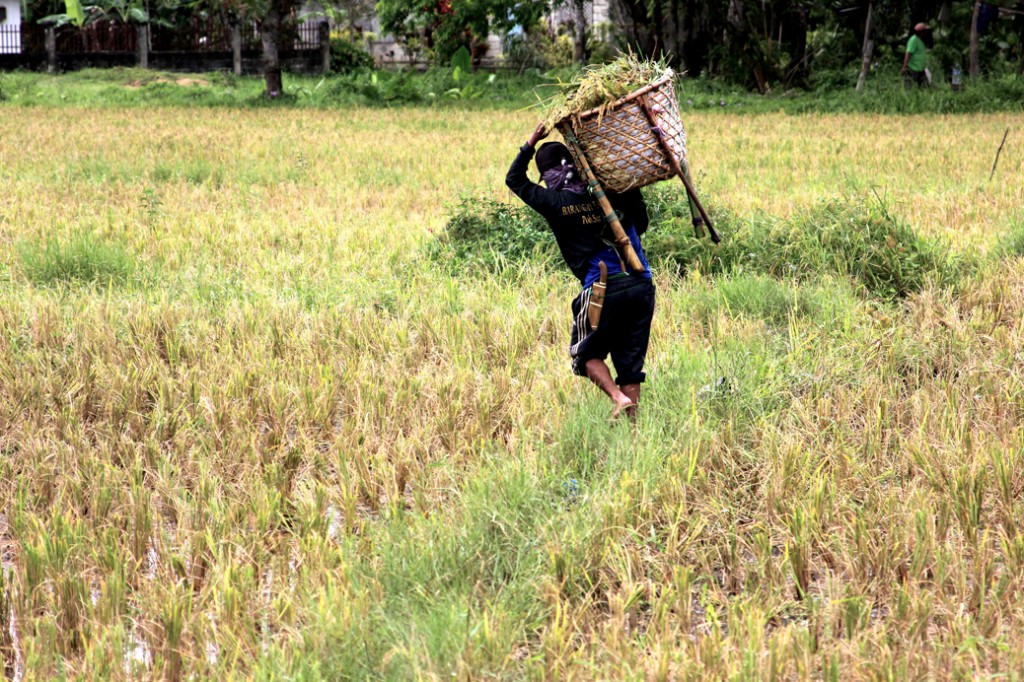 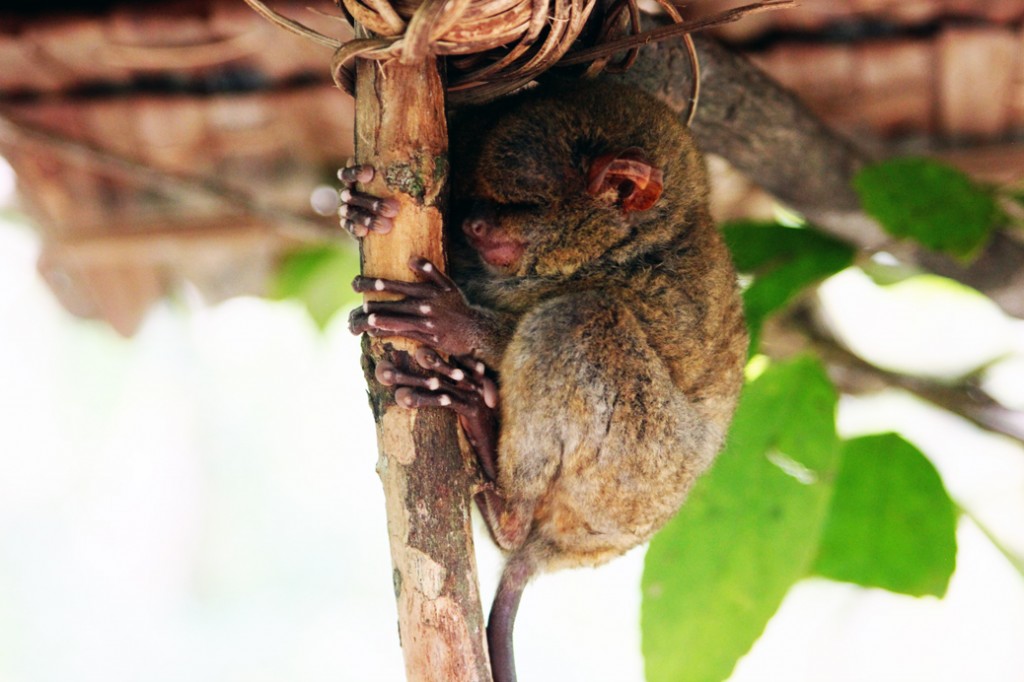 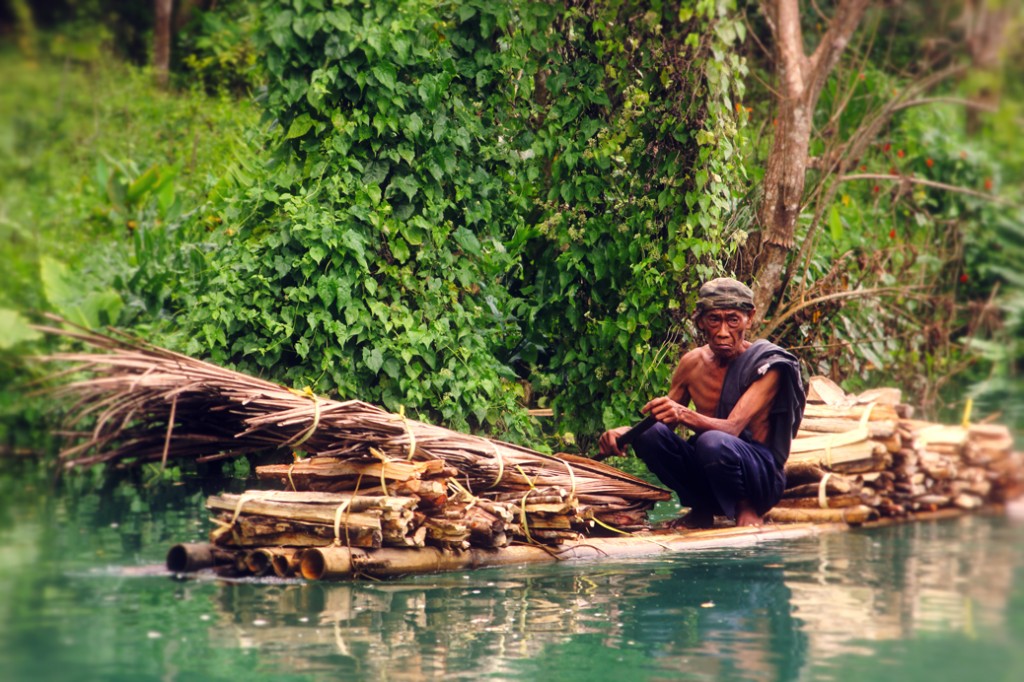 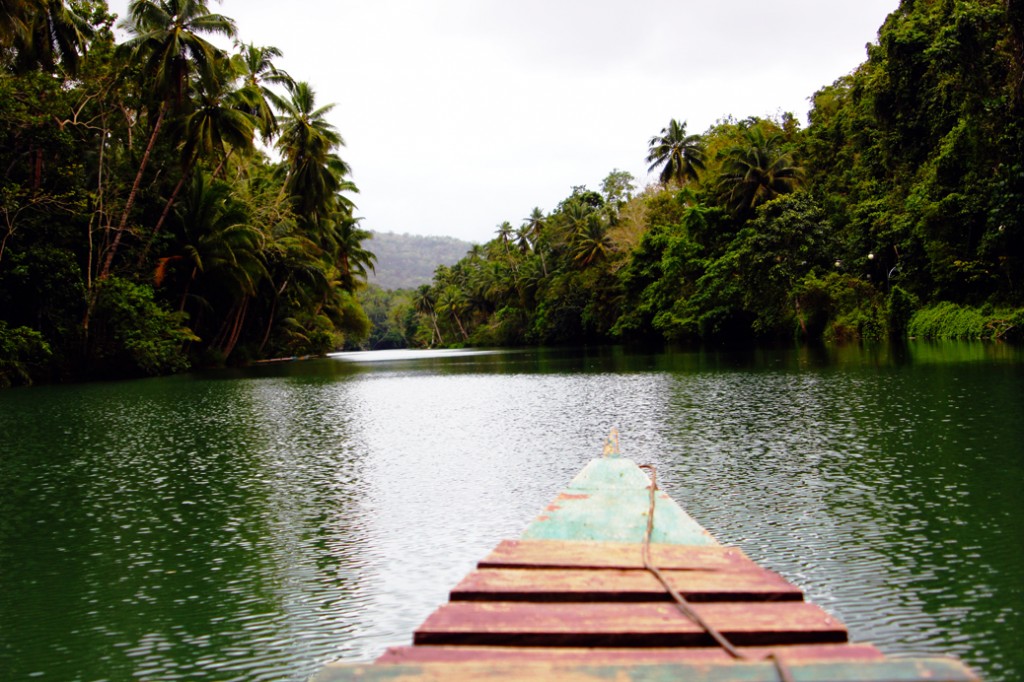 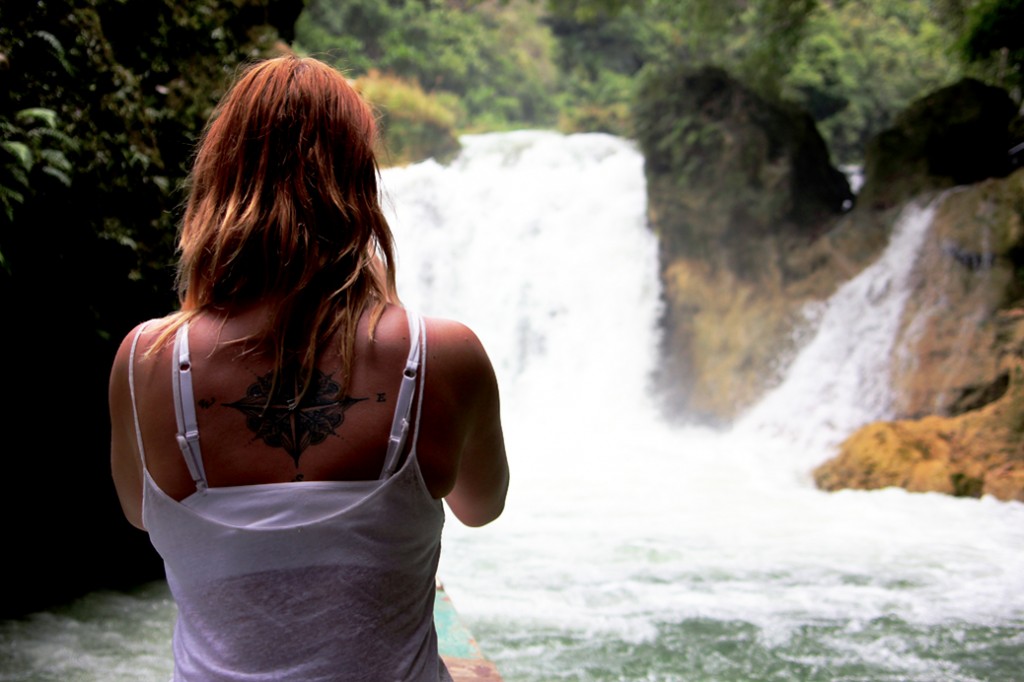 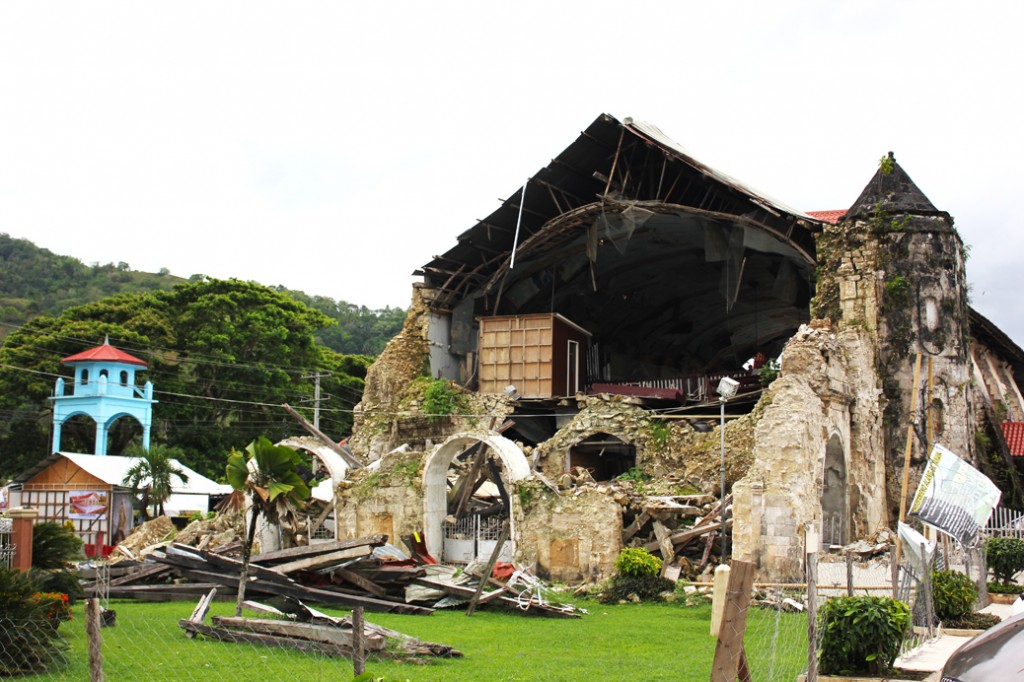 “These are not books, lumps of lifeless paper, but minds alive on the shelves . From each of them goes out its own voice and ...
We gebruiken cookies om ervoor te zorgen dat onze website zo soepel mogelijk draait. Als je doorgaat met het gebruiken van de website, gaan we er vanuit dat ermee instemt.Ok