TRAVEL / Stéphanie: traveling to Asia on your own 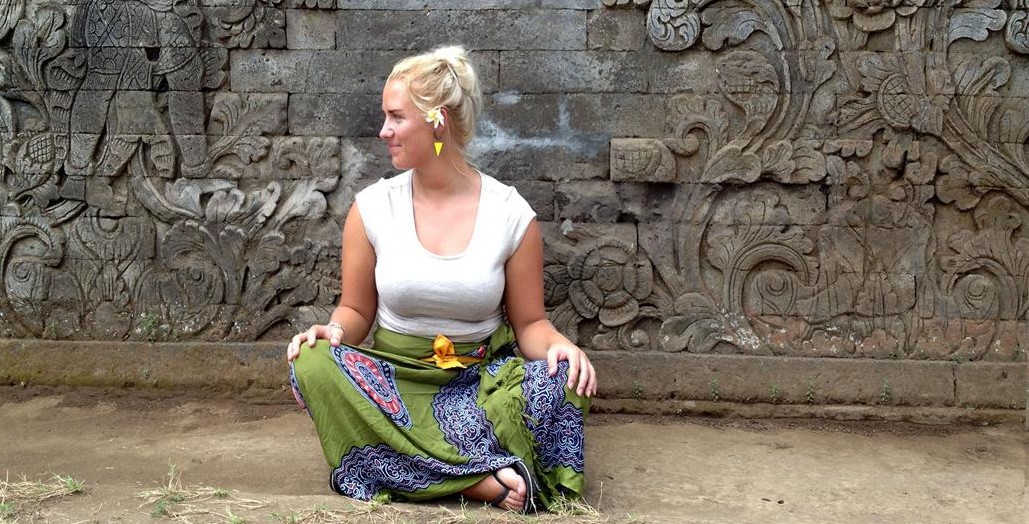 Do you remember that I told you about my friend Stephanie? You can read her pre-story here. We promised you that she would write her story down when she gets back.  I received her beautiful travelogue today. Read, watch and enjoy.

Written by Stephanie – Today I am telling you about my trip to Malaysia, Bali and the Gili Islands. I am now a few weeks at home again, and I realize even more how beautiful the trip was for me. I was scared to go: booking the tickets wasn’t so hard but I had to reallt GO and do it- and that was quite a different story. I was pretty nervous at Schiphol, especially the moment where I had to say goodbye to my family. All by myself the next 4.5 weeks.That moment was difficult, but I did it.

Kuala Lumpur, Malacca , Malaysia – the first meeting
For the first night I already booked a room, so I did not had to seek a room. This was advised by Laura: a hostel in Kuala Lumpur in the neighbourhood of Bukit Bintang. Crazy idea that you know she’s been here as well. The first night I was reading in my Lonely Planet where I should go in this big city, when a fellow traveler started talking to me. I spent the first few days of my trip with him. Together we went to the town of Malacca, a beautiful city with lots of culture and there is also some Dutch architecture to admire.

Cameron highlands and only continue towards Penang , Malaysia
The next day we traveled on to the Cameron Highlands, high in the mountains and away from the humid heat, surrounded by beautiful tea plantations. We have lovely walks, lots of strawberries, delicious burgers and of course the English strawberry scones. After 3.5 days of traveling together, it was time to move on. I continued my journey alone to the town of Penang. The bus trip took longer than I expected so I arrived late in the evening. It was raining cats and dogs, and there I was- on a deserted bus station. Haha, that’s quite hard on your own. Fortunately, an Indian man told me which bus I could take. Once in the correct street there were immediately people asking me whether I was looking for a room. I had it arranged quickly.

Langkawi , Malaysia – Temple visit and the easy contact with travelers
The next day I decided not to stay in Penang so I arranged a ticket for the ferry to Langkawi straight away. I had one day left in Penang and I wanted to visit a temple. An old man with only one front tooth, who did not speak English, tried to tell me (using all sorts of hand gestures) a bus number to explain how to get there. That morning I left with a woman from Africa, who also went to the same temple as I did. I spent the afternoon alone and in the evening there was an English boy who seeked contact. It tryly is easy to make contact and you are never alone. Still, I was glad I had decided to leave Penang and went on to the beautiful island of Langkawi.

Langkawi – dancing in the rain
According to the Lonely Planet Cenang Beach would be the most crowded beach, so I decided to go there. Once on the beach, I looked around me and all I saw were just a few people, yet I had never been in such a peaceful setting, it was wonderful. While swimming I started talking to a girl, she was with a friend in Langkawi . They teach English in Cambodia (Siem Reap) and had a short holiday. She asked if I joined them and from that time we have spent four days together. The second night we went to a beach party where we danced until midnight. It started to rain and we were literally dancing in the pouring rain. A night to remember.I’ve spent my last two days alone before I flew to Bali. I visited a beautiful waterfall with a Dutch couple. The last day I spent on the beach with music,a book, sun, sea, rest, enjoyable indeed!

Balinese life
And then it was time to leave Malaysia, I decided to fly to Kuala Lumpur instead of taking the bus. From Langkawi I flew to Denpasar and I was planning on traveling to the north the next day. I went to a temple that I wanted to see. In a van. I only saw expensive cars with private drivers on the way. “Am I doing something wrong” I thought by then….The road was crazy. I left the van in the town of Jatiluwih. High in the mountains, this time surrounded by beautiful rice fields. I couldn’t wish for a better view.

The trip with a crazy Frenchman and private chauffeur to Munduk , Bali
I started talking with a private driver and I told him that I wanted to go to Munduk the next day. He told me that he had to go to Munduk the next day with a guest and he wanted to take me as well. His guest was a hobby photographer and we stopped at all beautiful places to take pictures. It was a Frenchman, 78 years old. The Frenchman was mad as a hatter and the private chauffeur as well. I ended up being three days with them and laughed my ass off. The Frenchman would continue his journey in Java and I wanted to go to the Buddhist monastery to join a meditation program. According to the private driver this was not possible. That same evening I went for a drink at a cafe on the beach in Lovina together with the private driver. There was a guy sitting at our table and the private driver told him that I wanted to meditate. That boy told us that he practiced meditation for over 19 years and wanted to help me.

A week private lessons in meditation – coincidence or fate?
As if it was meant to be the, the right people are at the right time on your path. The boy, Daniel, took me to a beautiful waterfall. I got the first lesson in meditation. What an experience and what wisdom I was told. I have spent seven days with him and in the morning and evening I practiced meditation, and during the day he showed me all the beautiful places in the area to explore. I am grateful that I have met him and for what he has taught me, I’ve never met anyone who has so much people knowledge. Even though he did not know me, he could see right through me and knew exactly who I am.

Gili Meno – Time for thoughts and snorkeling in the beautiful underwater world
Actually I did not want to leave Bali, but I wanted to visit the Gili islands. Daniel dropped me off in the town of Amed and from there I would go to Gili Meno by boat. I decided to go for rest, so Gili Meno was the best choice for me. The boat trip was more than terrible, the sea was rough and oh man, I can not explain how bad it was. I’ve never been seasick, but then I felt it. I was glad I could get off the boat, found a nice bungalow where I could sleep and went to the beach. What a calm, clear blue water and those white beaches..Amazing. At night I went for some food at a cafe on the beach and I was not alone right away.  A large group asked if I would join them. The next morning I had no water in my bungalow, the owner was gone, so I decided to look for another place. I met a girl from the night before and we decided to share a room. I’ve had four wonderful days on the island, every morning I went snorkeling and swimming with beautiful luminous fish and I saw big turtles. Beautiful underwater world. In the afternoon I enjoyed the beach and the sun, good food, smoothies, a little walk and in the evening we sat with the locals of Gili Meno around a campfire, we ate corn and they made music.

Back to the core
I had one more day on Gili Meno, but I decided to go back to Lovina. I went to the waterfall where we have been on the first day with Daniel. The next day Daniel brought me to the airport, from Denpasar I would fly back to Kuala Lumpur and from there back home. I decided to sleep where I had been the first night. That evening I took a relaxing 1,5 hour Thai massage (or well, relaxing, it feels like a complete torture at the time but after you feel reborn). My plane left that evening so I had some time to shop around. And then it was really time to leave. The time went so fast, it felt unreal, as if everything had not happened. I still did not want to leave, I wanted another month, or 2 , 3 , 4 months…I had to go home.

How do I look back on it and would I do it again ?
I would definitely do it again right away, and I wish I had done this much earlier. The fear beforehand was totally unnecessary. When Laura told me in advance that it is not scary and just amazing, I thought: yeah, sure. But now I can actually agree, it’s not scary: it’s great. Of course I’ve had moments when I felt as bad as I could feel, or just did not quite know what to do, but all is an experience you will never forget. I have seen a different world, it has given me a whole different perspective on things. I had the pleasure of meeting wonderful people and I saw beautiful things. I miss it already and if I could catch a plane right now, I would.

What would I have done differently ?
I would make my backpack more light, it was 12 pounds but that’s quite a bit too heavy. Also, I have chosen to take my SLR instead of a small compact camera. And well..I probably paid too much for some things for sure and there are always things that would have been better doing in a different matter but hey, who cares! For those who have doubts or are afraid to go there, I can only say one thing and that is that it is not necessary. Go and follow your dream, you have nothing to lose! 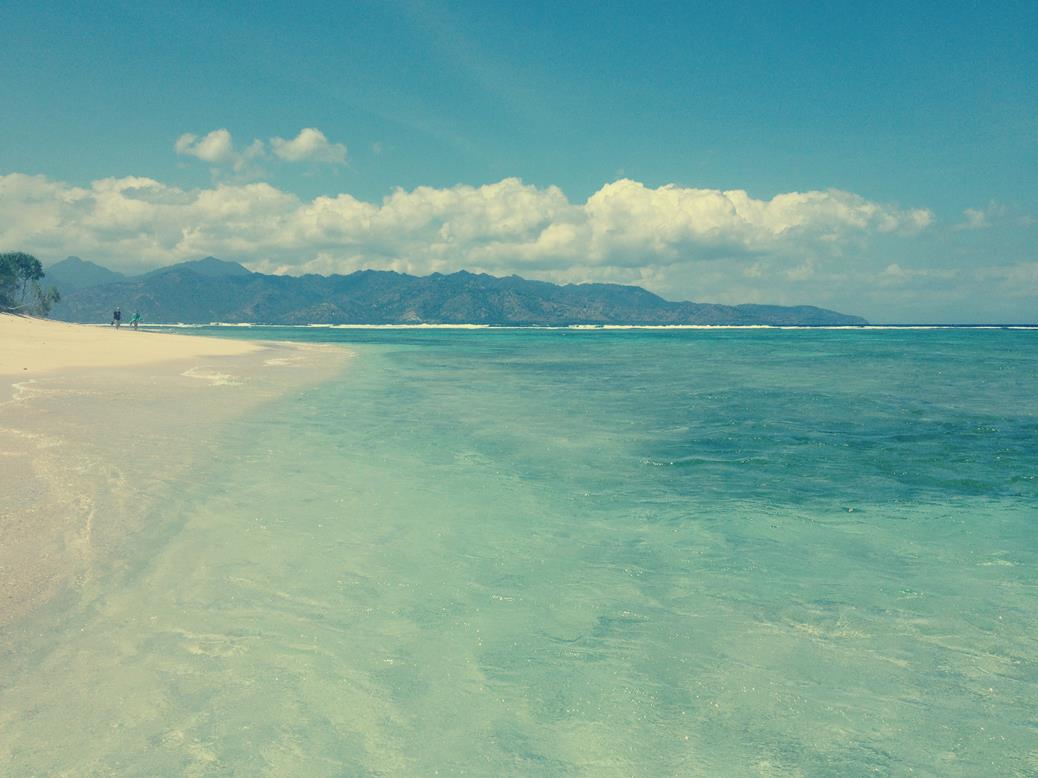 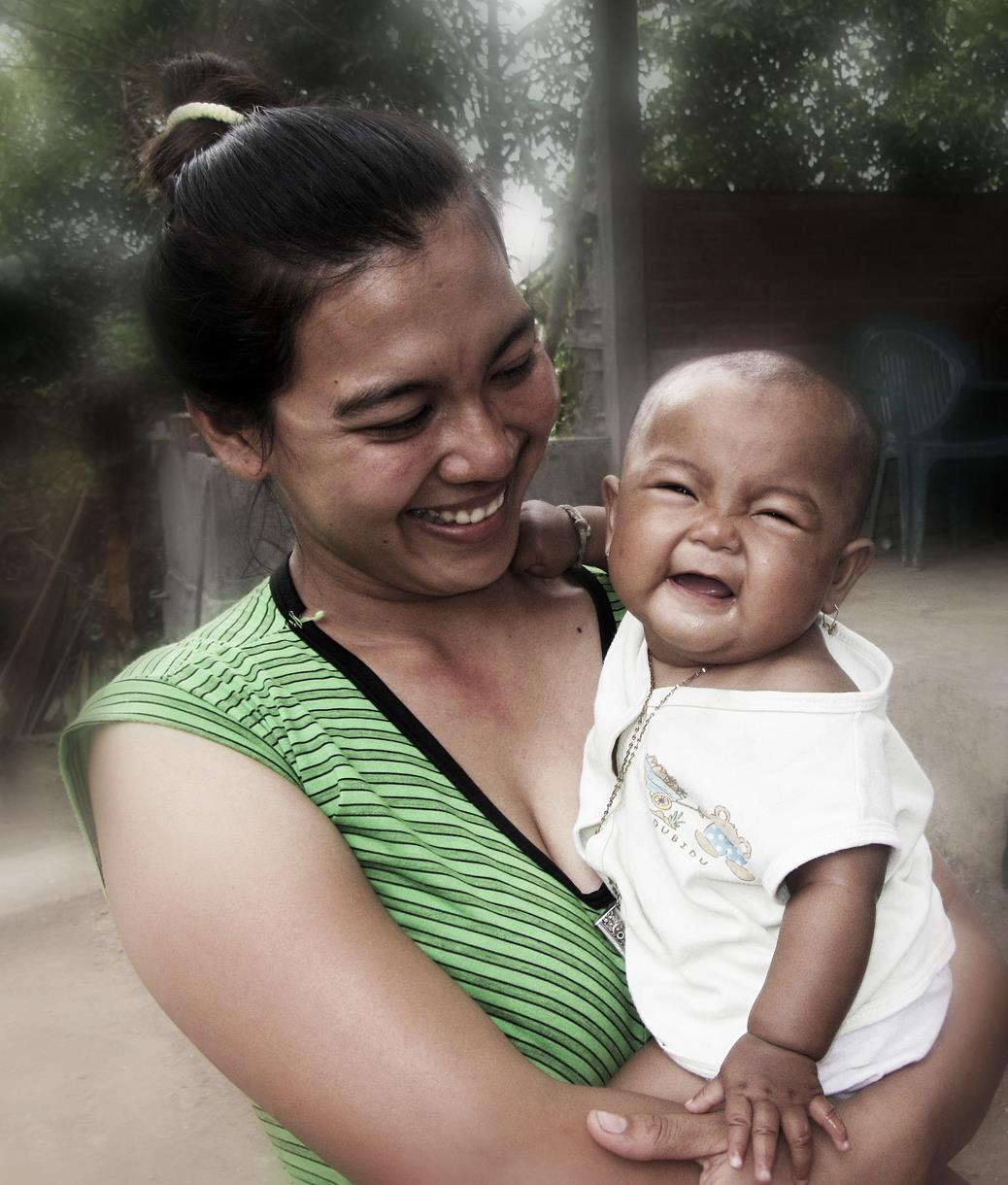 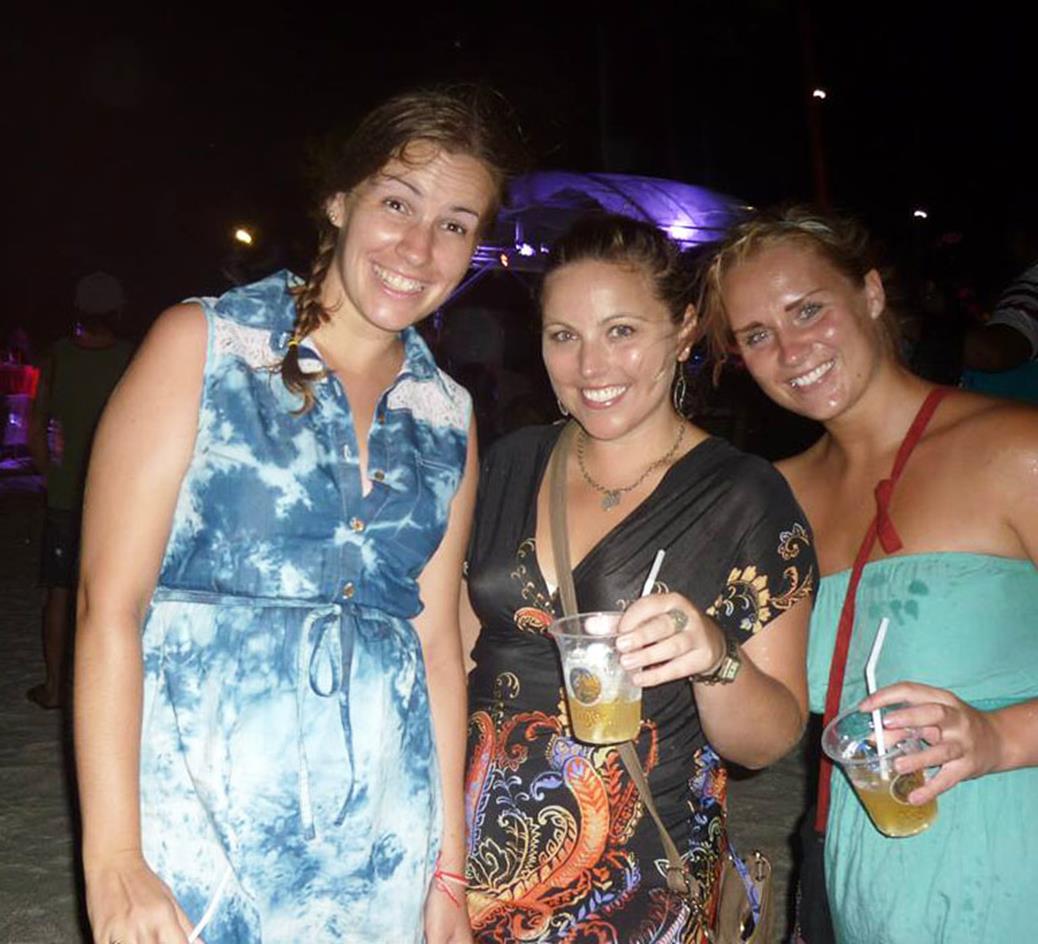 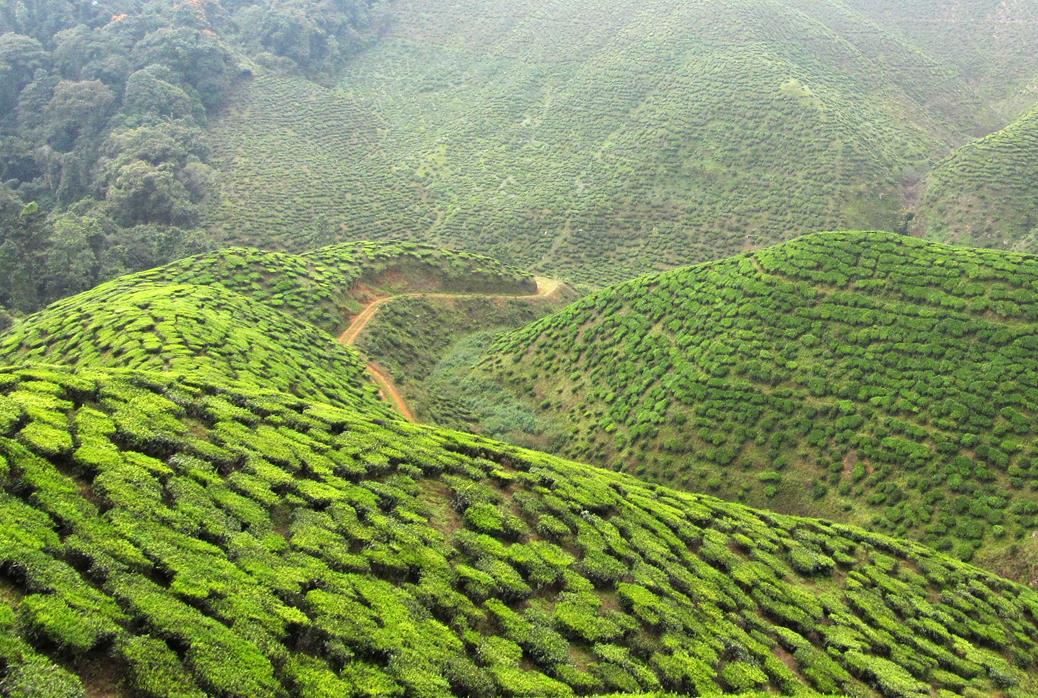 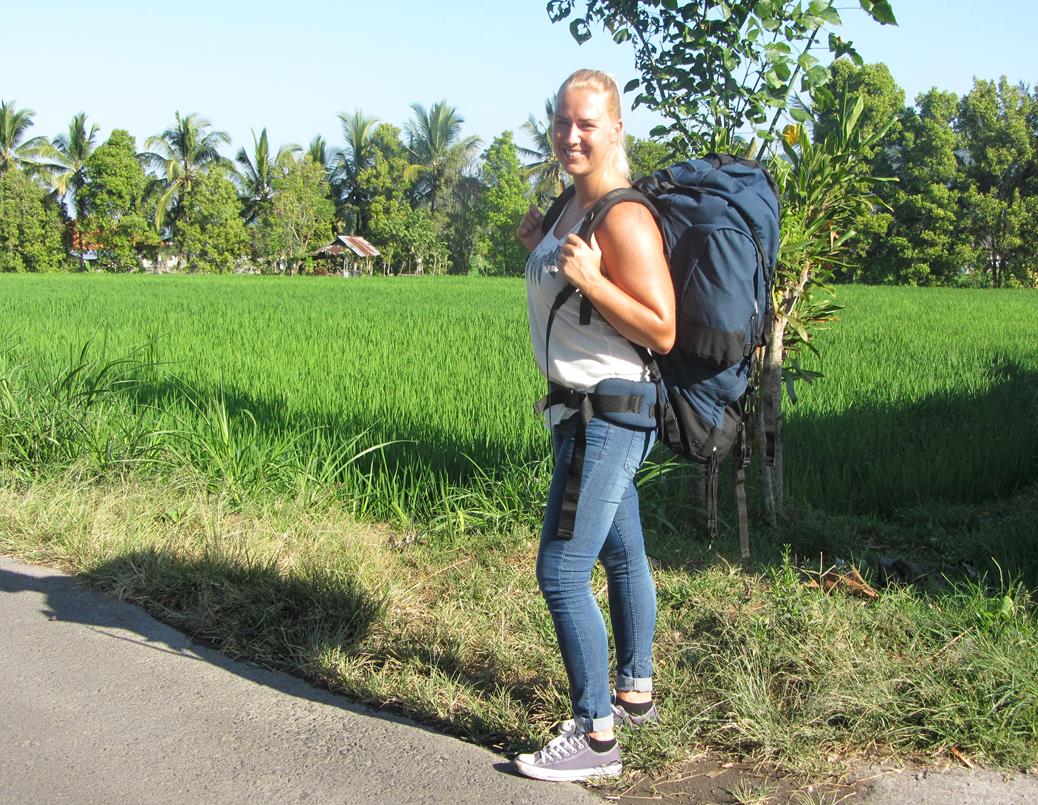 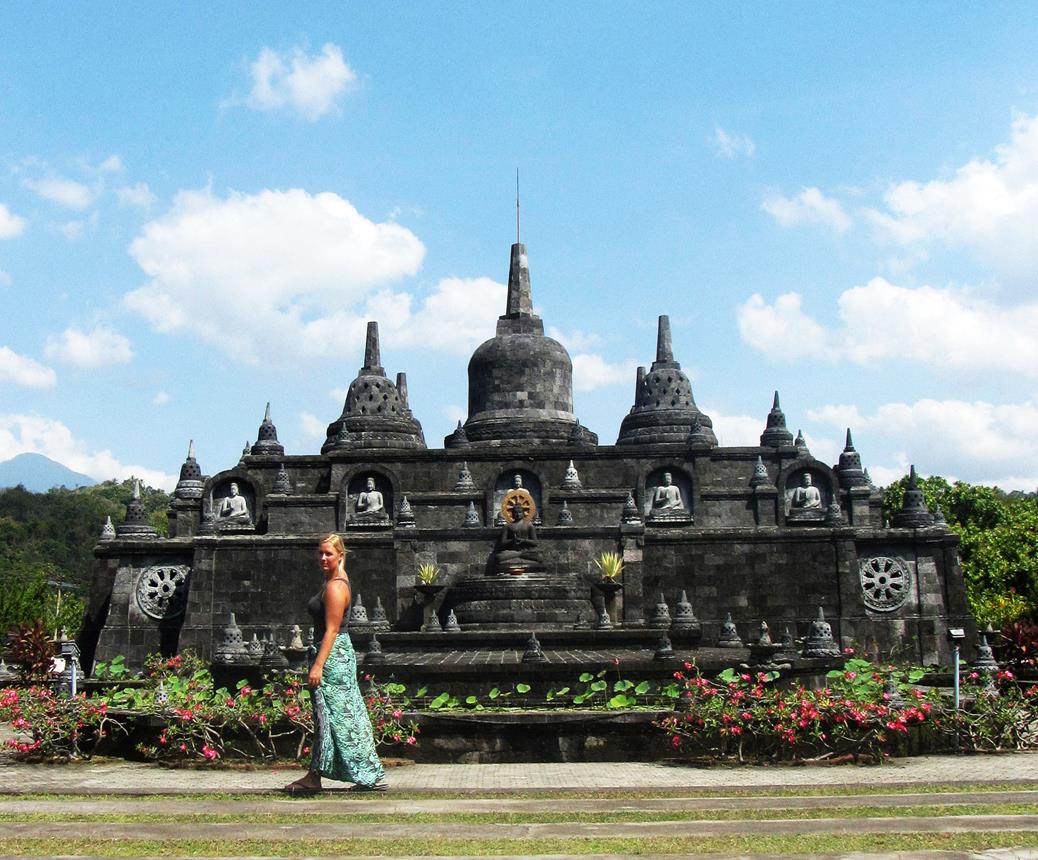 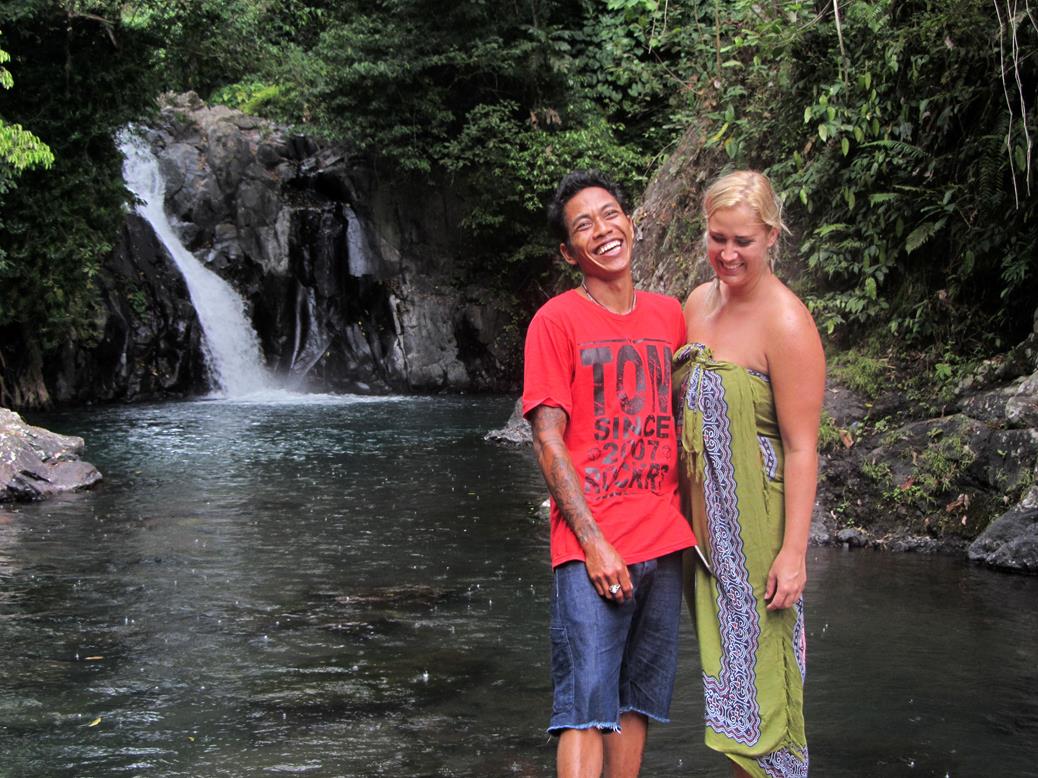 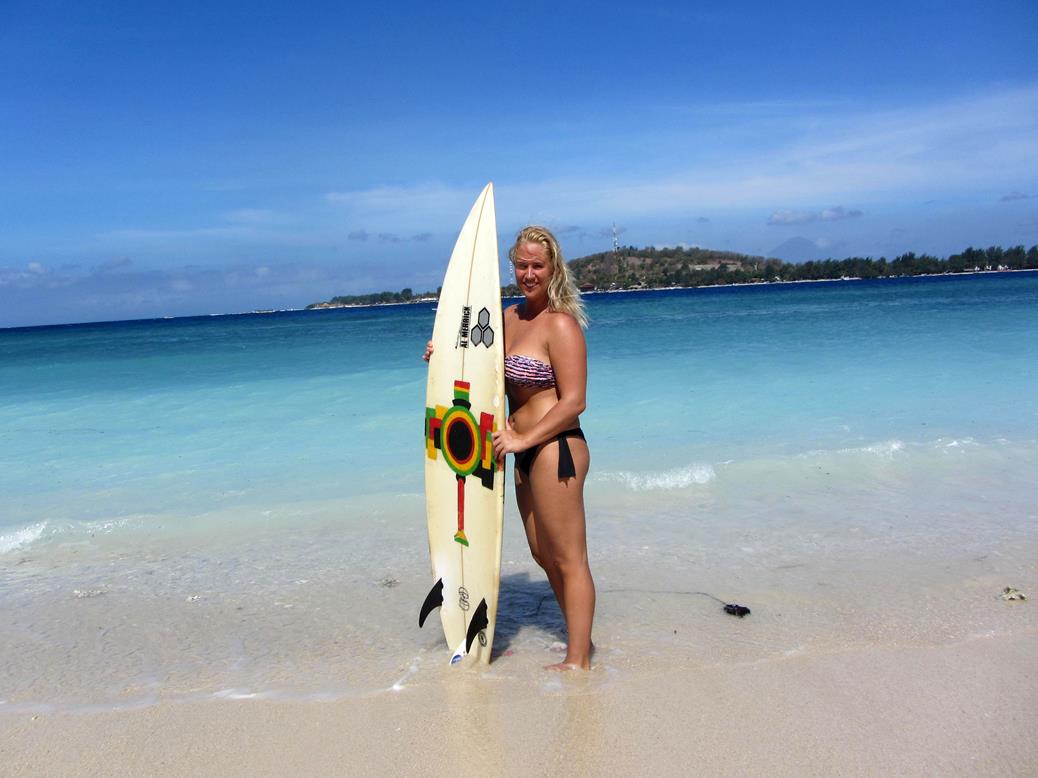 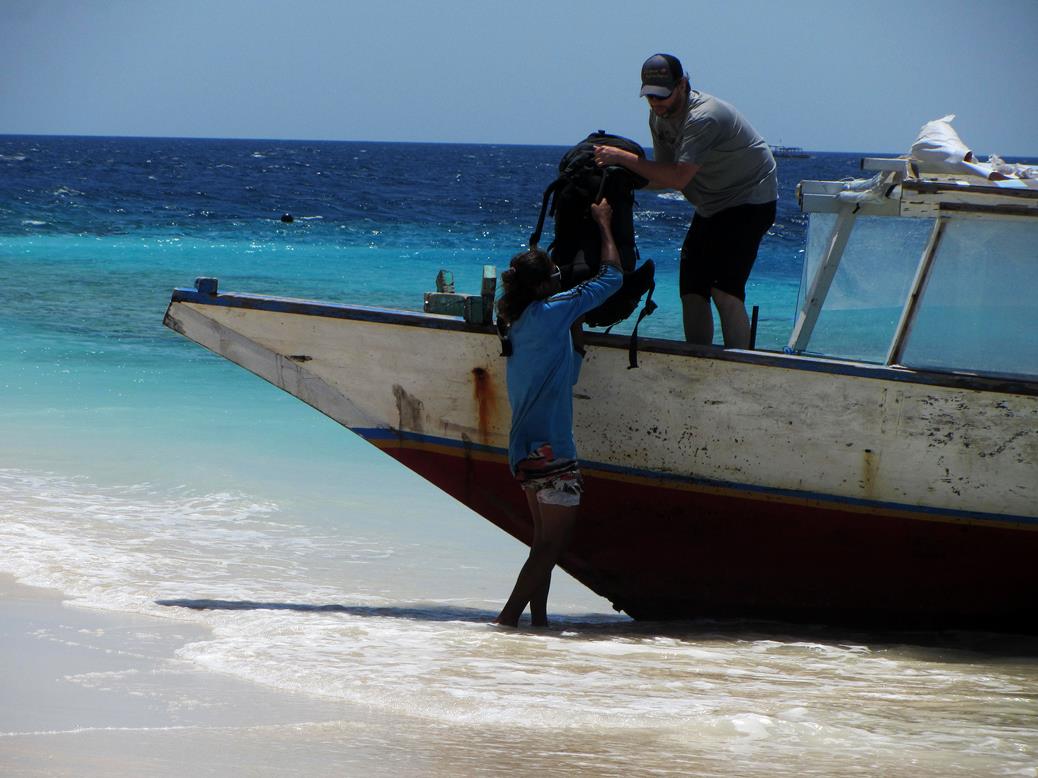