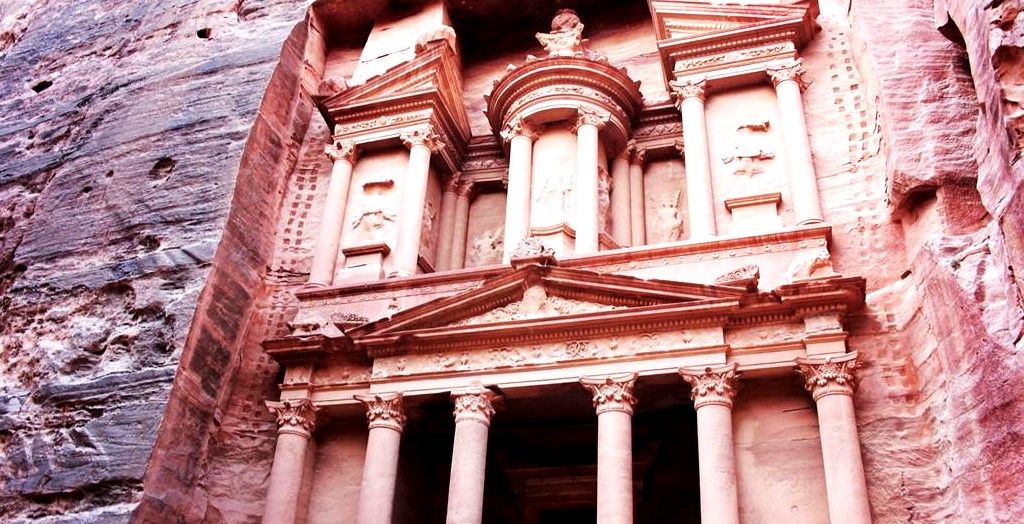 Petra. World wonder Petra is the Hebrew name for the former rich capital of the Nabateans who have lived here around 600 BC. It formed an important trade route. The city lies in a gorge and carved into the red rocks with hammers and chisels. A Hindu trader disguised as Swiss (Ludwig Burckhardt) rediscovered Petra at the beginning of the 19th century.

The night before our visit there is a riot at Petra (where we were, of course). Rifles, shouting, tear gas and stones through the air and we have to shelter in a hotel next door. The next morning, Petra is deserted. No crowds of tourists, thank God. A blessing in disguise. We arrive early in the morning, before sunrise. We take an alternative route and we only cross one Japanese man and two Americans. In the end of the day on our way back we saw them: the other 1495 tourists. Halleluja.

The miracle Petra takes you to her heart and keeps you there until the last step out of the ancient city of Petra. The colors of the rocks are indescribable, just like the rays of sun that are thrown over the rocks early in the morning. The always changing rays of golden sun shining on the red, yellow, black and pink stones provide a beautiful color palette. The long gorge, the ‘siq’, has unreal shapes and when you get to the end of the narrow gorge, the largest edifice of Petra shows up (the treasure of the Pharaoh).By then you get why this is a world wonder. Completely chopped out of the mountain walls between the first and second century BC, Al Khazneh is one of the most impressive buildings in the old town.

We take an alternate route over the mountain which leads to the ‘Place of Sacrifice’ and then a late swing path right through the magical old city. Almost lost but hand in hand we dance along the rock formations and buildings and suddenly there are two mountain habitants, an old woman and her daughter, with tea cooking on their fire. My hands are bheld, we receive pieces of bread and with a kiss on my forehead meant as blessing, this is one of the most special moments in Jordan. The pictures really say nothing at all, but hopefully I can share just a little bit of this feeling with you. 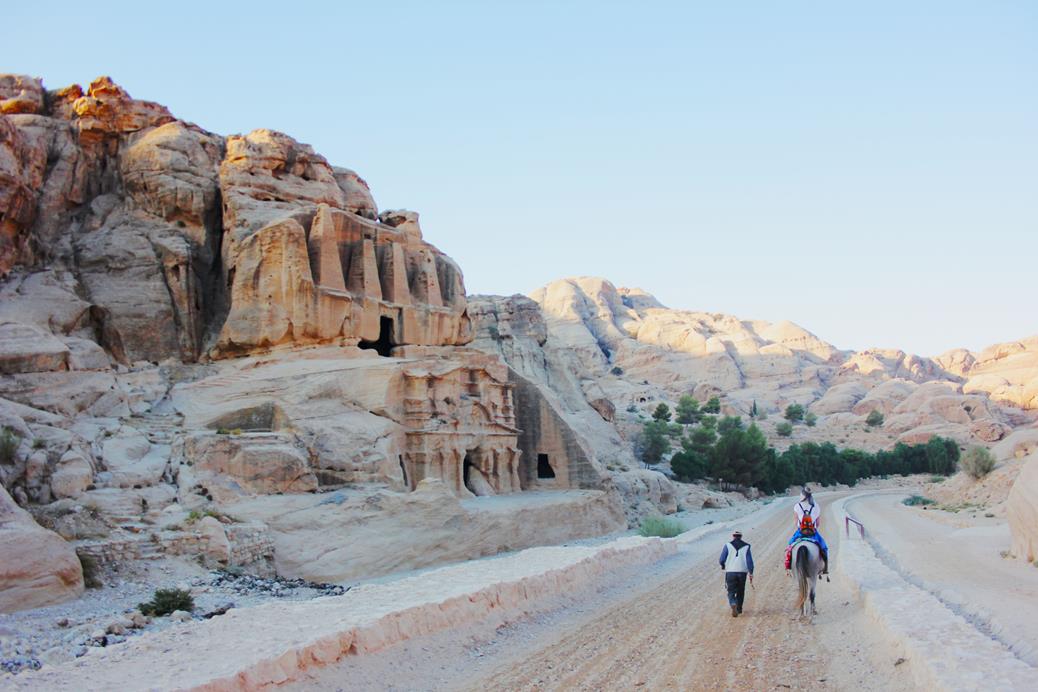 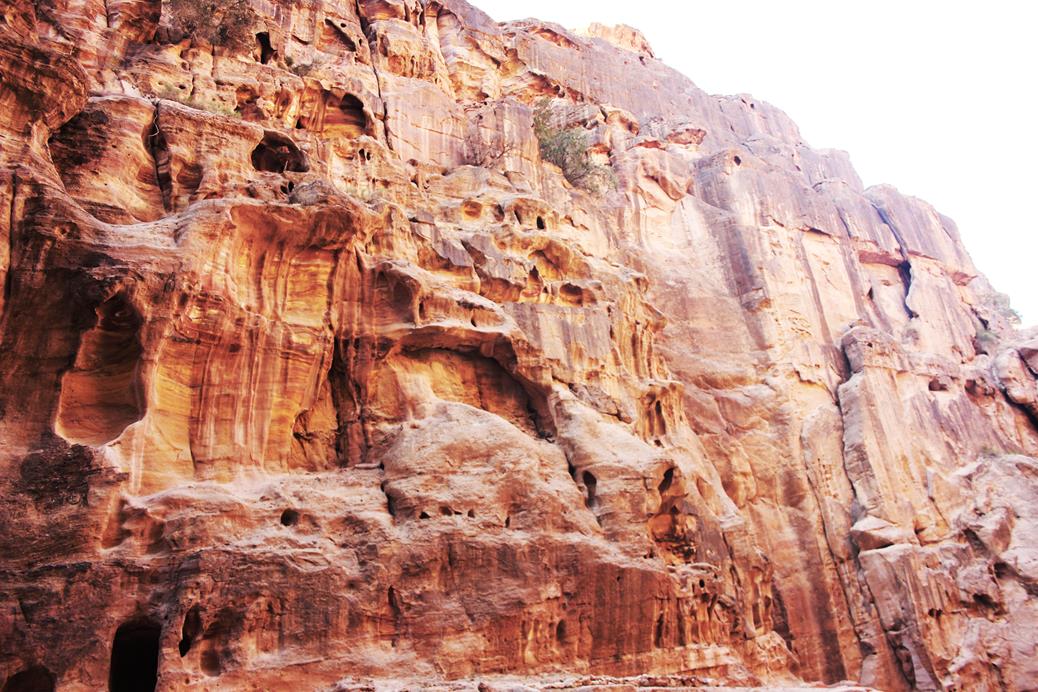 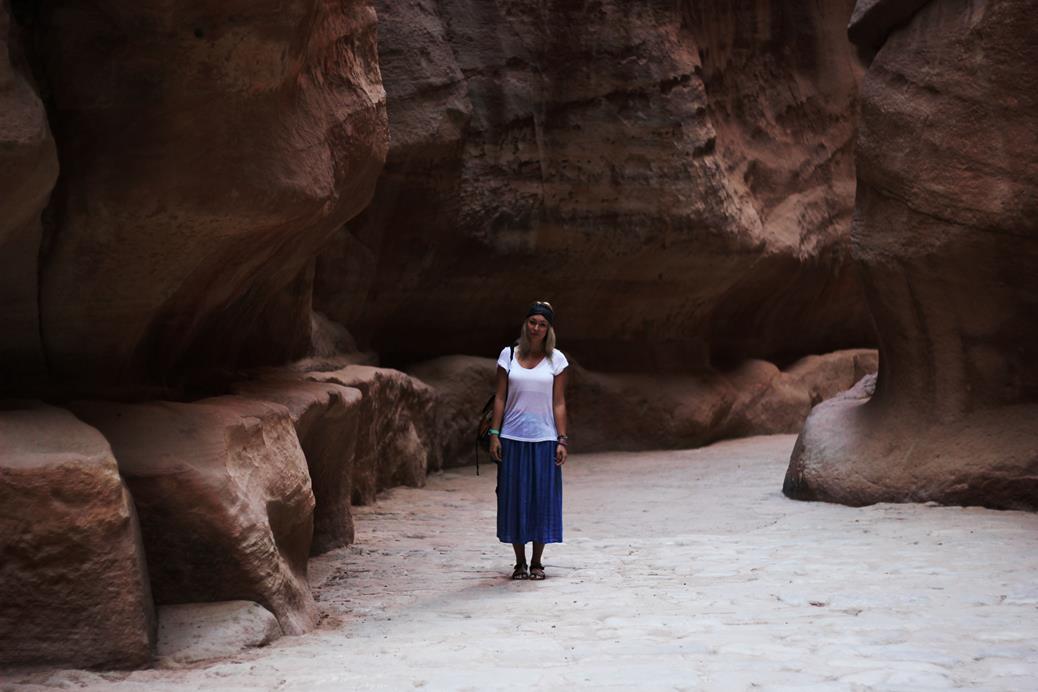 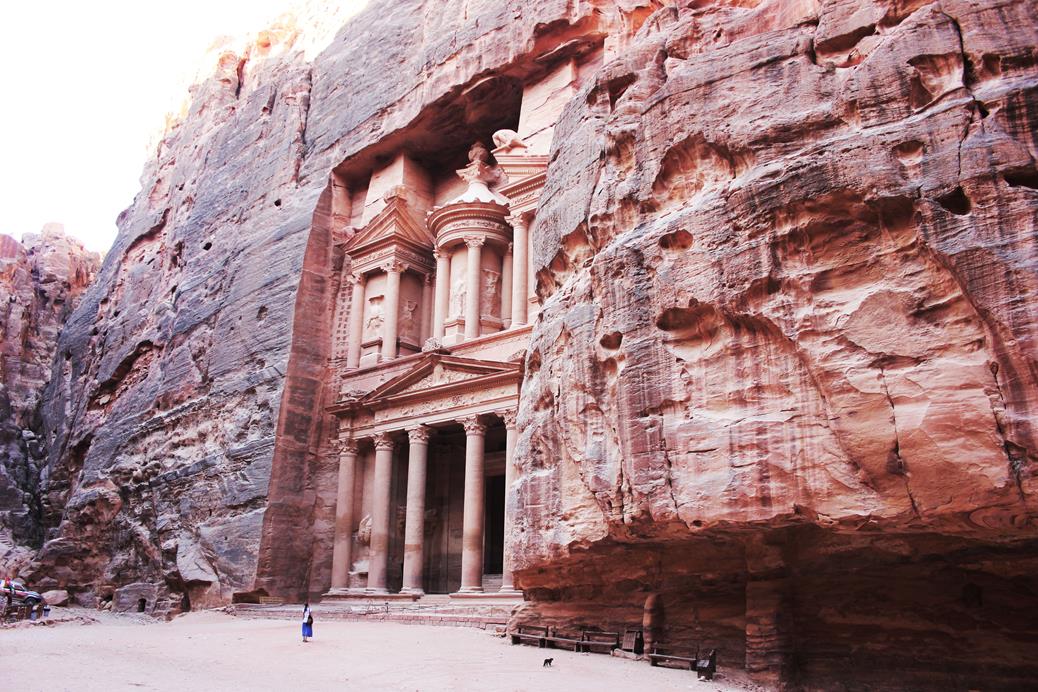 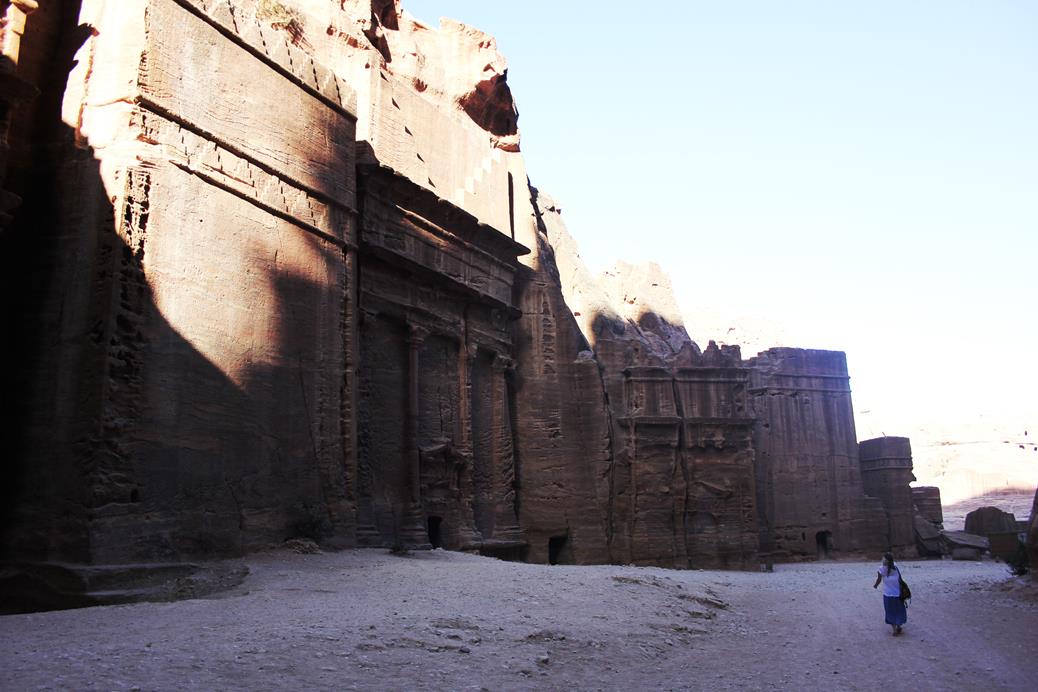 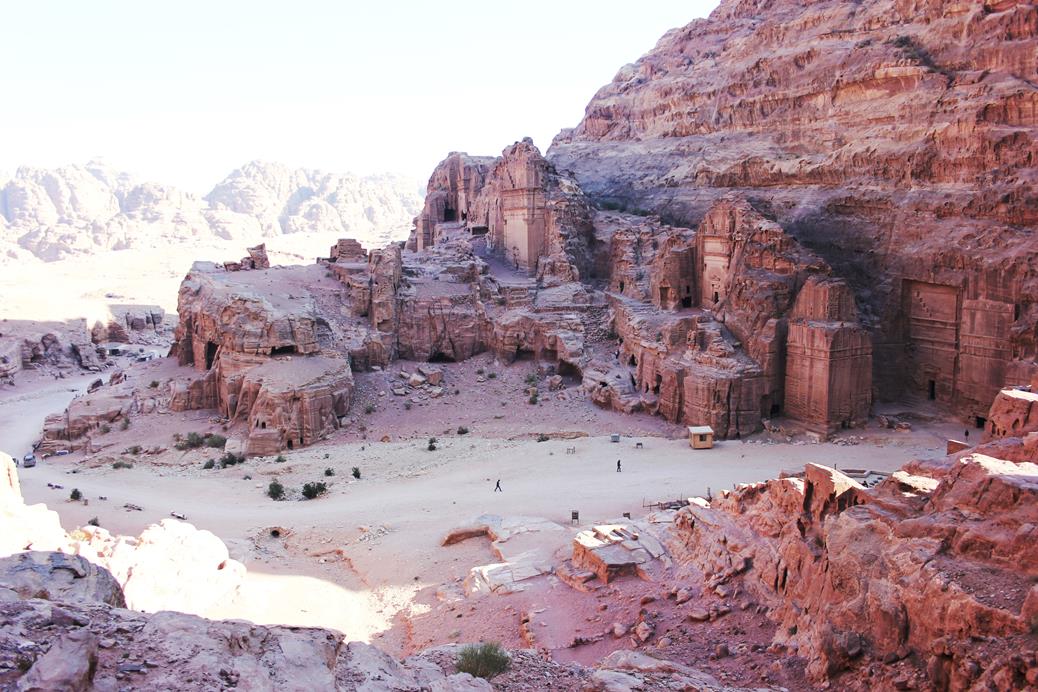 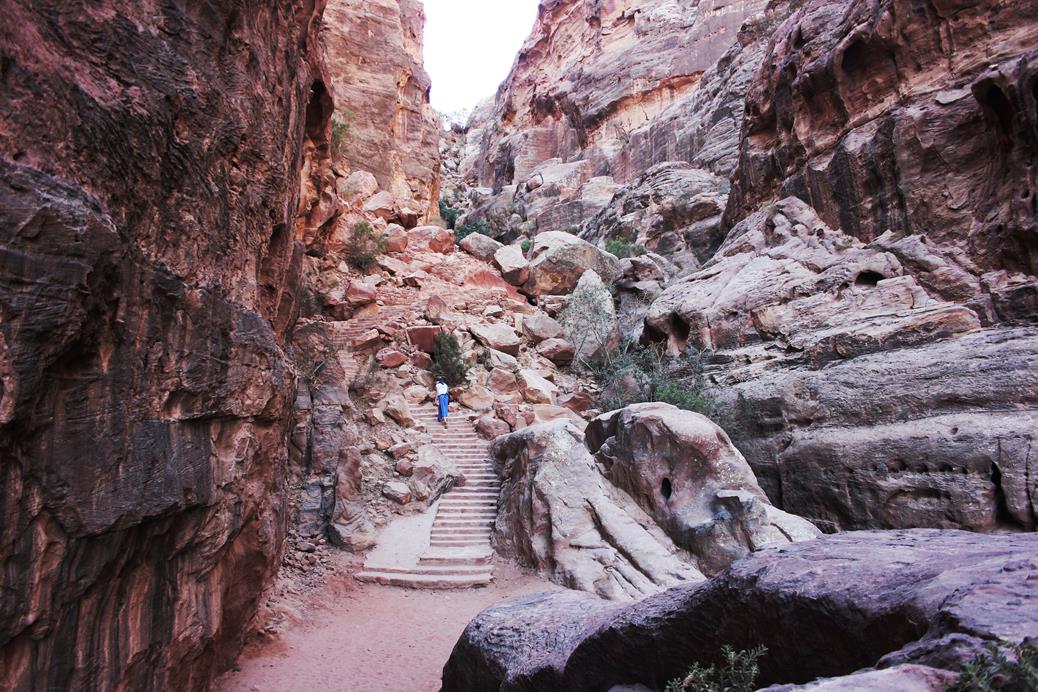 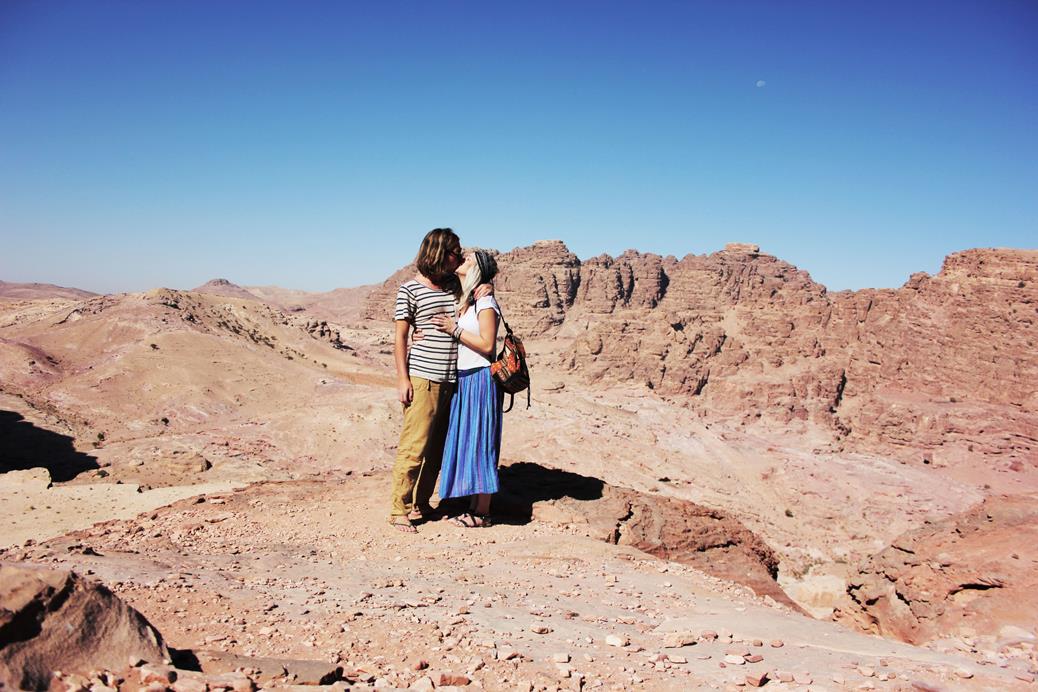 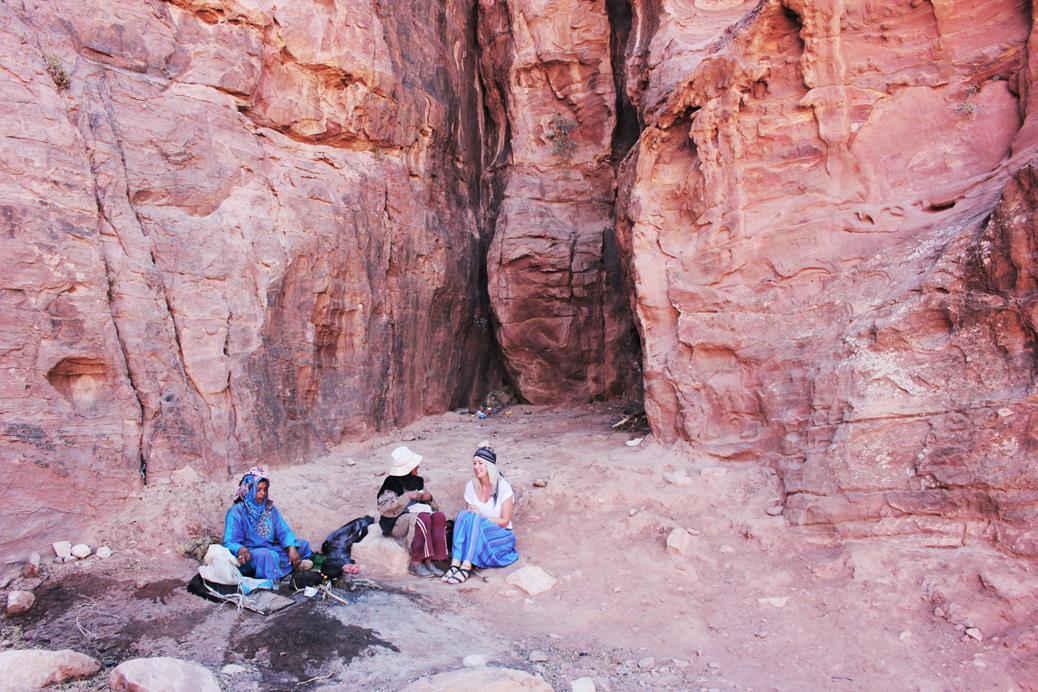 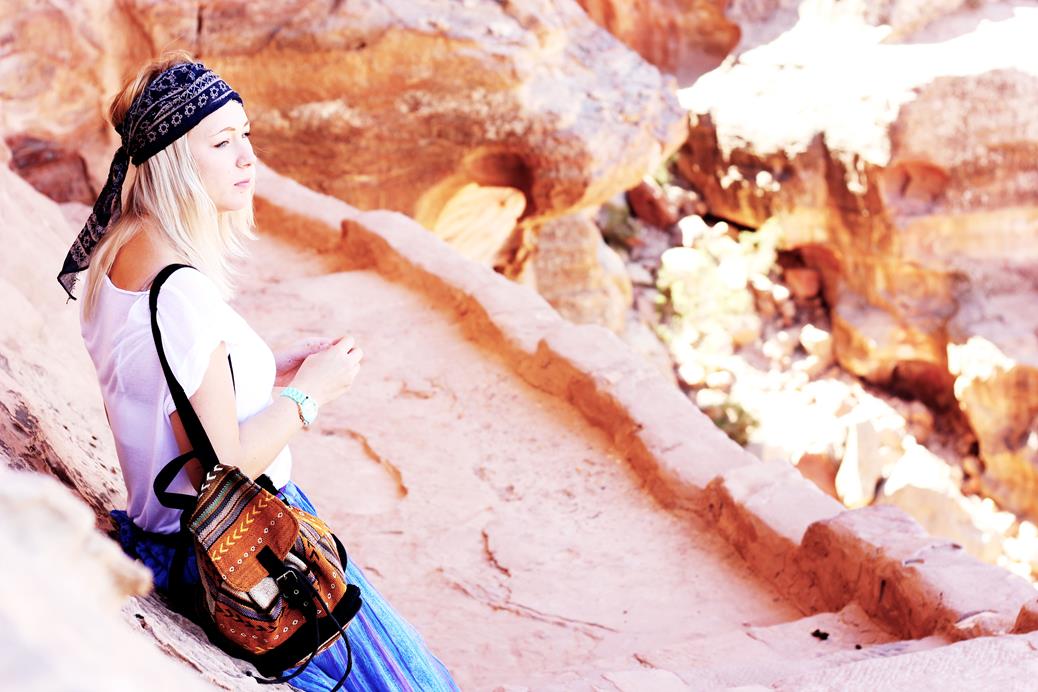 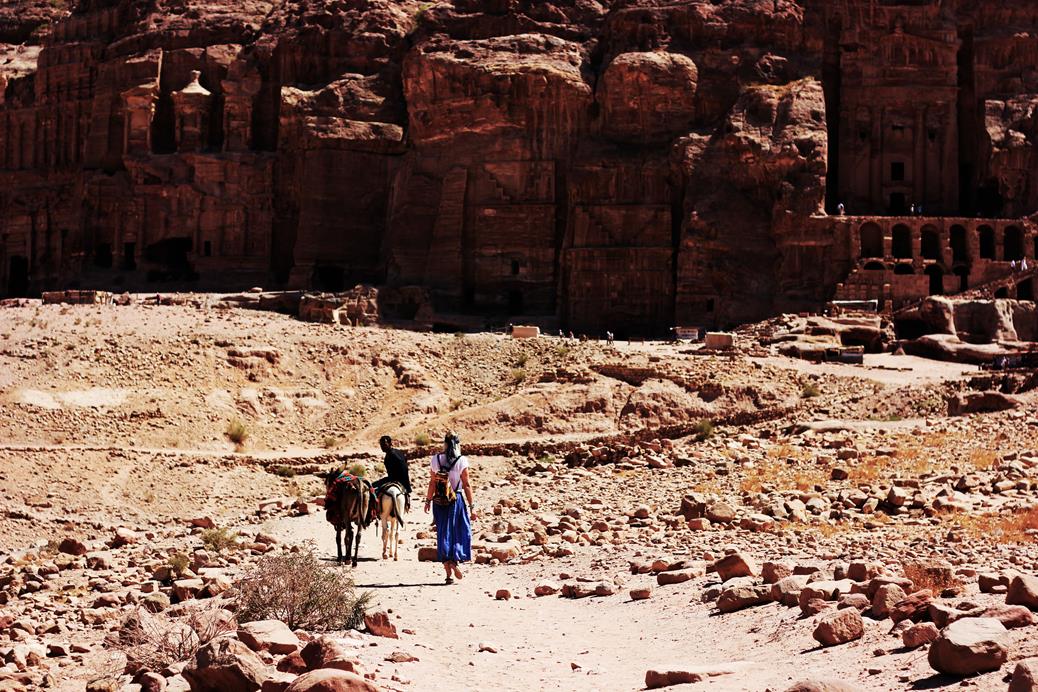 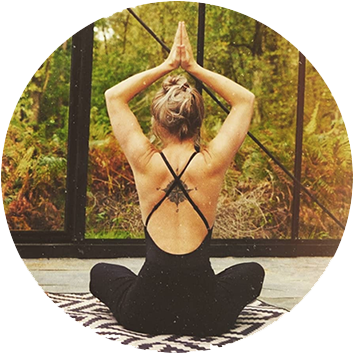